I’ve been getting many questions about credit lines and the best ones you can use for real estate investing. There’s no right or wrong answer to which one you want to choose to use, business credit vs personal credit. What I’m going to do today is explain the significant differences: what do you need, how is it going to benefit you if you prefer to choose one over the other.

You also need a good FICO score or a decent FICO score. By that, I mean at least a 650-ish and above. You also need to understand how your credit will impact your debt and how it will positively or negatively affect it. Now, on the business side, you’re going to need something very similar to the social security number, but this one is a number assigned to a business. It’s called EIN.

Typically, to get in the EIN, you need to have a legal business entity. It could be a corporation, an LLC, or a limited partnership, etcetera. There’s a bunch of them, but I typically work with these two. Each of my rentals is placed inside an LLC, and there’s a corporation, which I use to conduct business. That’s the one that you see in the link. That’s NovaRiseInvest.com. You also need to have a good FICO score. It’s a little bit different from what you would typically see on the personal side.

When to use which? That depends on what you’re looking for. Typically, you get higher business credit lines on the business side versus on the personal side, but you have to establish a pattern for it. For example, if you have a personal credit, you have, let’s say, I’m thinking of a 700 score. You want to go out, and you want to apply for a credit card, depending on your spending habits and how long you have the credit history; you will get somewhat between 10, 15, 20, maybe if you’re lucky 50,000. But you’re going to have to have a long credit history and an enormous span monthly and show the ability that you have been able to pay it down on your side.

Then, every time you spend money, what’s going to happen is that your credit score is going to drop. More intricacies go into it, like the details about your FICO score. Every time you apply for a personal credit card, your FICO score will go down a few points, but then, once you get your credit cards approved, the credit lines get kicked in, and then your score goes back up again.

Now, on the business side, you will still need your FICO score. The reason is that the credit card companies need to know that there’s that person behind the business, someone who’s backing up the business, someone who’s going to be responsible for paying down the expenses on the credit card. They just need to see that there’s an individual. That’s why you were going to need your FICO score when you apply for business credit. 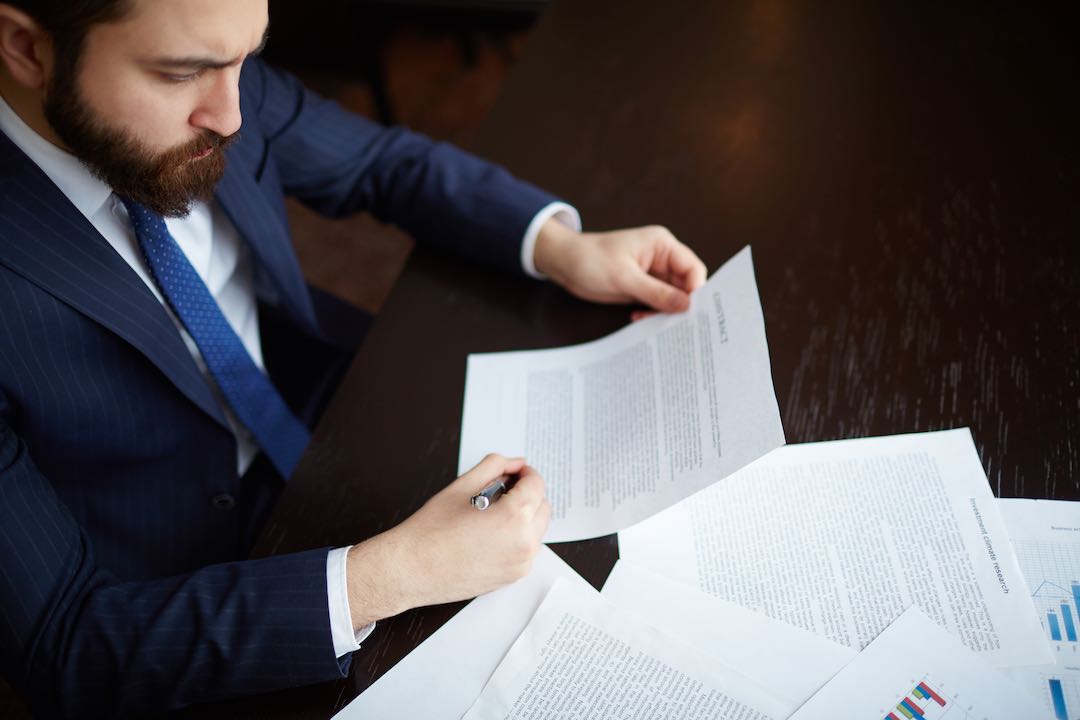 credit card companies need to know that there’s that person behind the business,

Once that’s established, then everything is going to go into your EIN. That credit history will follow, it’s going to be recorded, actually, under your EIN credit, and every debt, everything that you spend on that business credit is not going to go into your credit anymore. Having a business credit is considered good credit, and then, your personal, depending on how you use it, can be either good or bad. It is useful if you keep it under 20% utilization. Anytime you go back up, or you go past that 20%, it becomes bad credit because lenders or the banks see that you can’t manage that money in a very efficient way.

Credit cards are meant to be used for an emergency, or for you to help it span, or resolve something, but you have to repay it because you need to show that you know how to manage your money. It’s the same thing with business credit; only this will get recorded into your EIN instead of your social security number. Then, over time, you’re going to build a history that you can manage that money effectively and in large sums.

The understanding is, well, if you have a business, chances are you spend a lot more money unless you have a family of 20 under one roof, then, that’s a different story. Chances are, you have a higher tendency to spend, let’s say, $20,000 every month and put it in your credit card because you’re trying to expand your business versus when you put that in your credit card. I mean, how many of you have spent $10,000 a month on just random stuff, like you go to do groceries, you pay your bills? I see it very high, unless you have like, I don’t know, a very lavish lifestyle that’s going to require you to spend that amount of money. If you do, that’s completely fine, that’s great, but you still have to show the ability that you can pay that down.

Ideally, you will spend the money and pay it down completely. The more you do that, the more the credit card will automatically increase your credit lines without you even having to ask for it. If you don’t, but you showed that you could pay enough to keep your credit card debt under the 20% utilization, that’s completely fine. You can still request a credit line increase. Just don’t do it right away. Do it, let’s say, I don’t know, every six months or so. Don’t do it every month because that’s going to impact your credit as well, and it’s going to look like a roller coaster.

Then, everything you spend on the business side will not show on your profile; it’s going to show in your business profile. Chances are, you’re going to get a lot higher limits every time you pay down that debt. Try to have the ability to just wholly pay it down, or at least pay a significant sum of it if you spent $50,000 in January because you needed to buy construction materials, or you need to renovate one of the kitchens and one of your rentals. You also want to keep it under 20%.

That’s a significant difference, whether you should use one or the other. I will leave that entirely up to you. If I have to choose, I’ll typically go onto the business credit because I wouldn’t want it to show on my credit. I want to keep my credit score as high as possible. If I can keep it off that personal record and then just maintain it elsewhere, I will typically choose to do that. 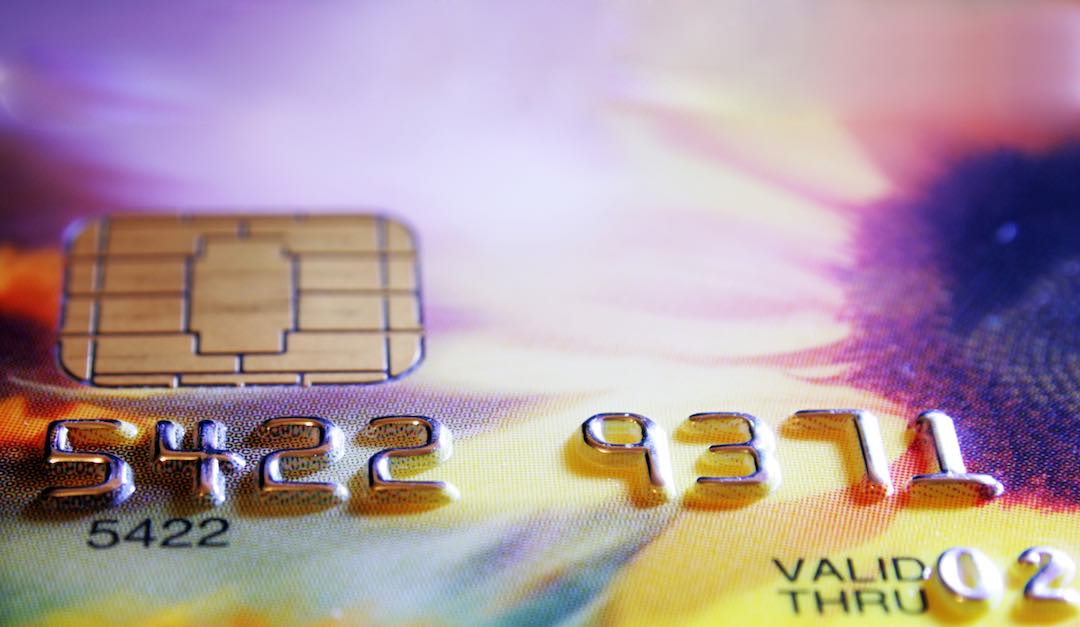 With the charge cards, you don’t have the flexibility to pay down the debt as you will do with a typical credit card

For those who are trying to establish business credit, as soon as you open your LLC, you can try and apply for a business credit card, but chances are, you’re going to get denied. The reason why is because you don’t have credit. The lenders are probably going into the system and try to pull up your company information, and chances are, there’s nothing to say about you.

Typically, they recommend keeping your company for at least one year before you even pursue a credit card application, a business credit card application. In my case, I decided just to test that out to see whether that was true or if it was just more of a myth. It turns out that it was right, for the most part, except for charge cards.

What exactly is a charge card? A charged card is a card that “doesn’t have any credit limit.” That’s not entirely accurate. They don’t say, well, you have $5,000, or you have $10,000. It will say there’s no spending limit, but they’re going to determine your spending limit based on your spending habits. You can get a charge card, either on your credit or on the business credit.

The way they determine, let’s say, for example, in your credit, is that they look at your spend history. If you have a credit history of about, I don’t know, let’s say, five years, they’re going to go back, and they see, “Okay, how much does this person spend regularly?” If it’s an average of, let’s say, $500 every month, chances are, you’re going to get approved for something no more than $5,000 because that’s basically how much you typically spend regularly.

The higher your spending is and the faster your ability to pay down that debt will determine a higher possibility of getting an extensive credit line. The issue with the charge cards is that you don’t have the flexibility to pay down the debt as you will do with a typical credit card. A regular credit card will say if you owe $5,000, your minimum payment is $125, let’s say, every month. Then, you know, “Okay, I have to pay $125, at least.” You can choose to pay more if you have the money, but if you don’t, you know that you have to pay at least $125.

With a charge card, you have to pay for everything. If you spend $5,000, you have to go in and pay all $5,000. There’s no flexibility. It’s not like you can divide and conquer and say, “I’m going to pay $2,500 this month, and then, $2,500, the next.” If you do that, your credit will get screwed, and you’re going to get a bunch of calls from the collecting agencies or from the bank themselves trying to get their money back. It’s the same thing with business. If you apply for a charge card, you have to pay down.

The good thing about applying for a charge card on this business side is that, in my case, I did the experiment, and I got denied for all business credit cards except for a charge card. What I did is, after six months of opening my LLC, I went ahead, and I started applying for a bunch of business credit. I got denied for all of them except for a charged car. I’m guessing the rationale for the banks to approve that charge card is, “Well if she spends $5,000, she’s going to have to pay us $5,000. That will be her chance to prove to us that she can manage her money effectively for her business.”

RESOURCES & LINKS MENTIONED IN THIS EPISODE:

– To get an ITIN number: http://bit.ly/TaxPayerID

HAVE A SPANISH SPEAKING SPOUSE OR BUSINESS PARTNER?:

Learn how to invest in real estate without savings and still have enough to expand your portfolio, click here for a FREE training https://www.novariseinvest.com/webinar

For questions & consultations, please visit us at https://www.novariseinvest.com/ 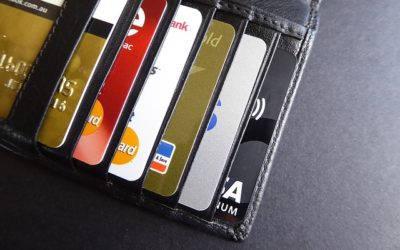 Personal Loans Vs. Credit Cards: Which One Is Better?

Personal Loans Vs. Credit Cards - Which One Is Better For Your InvestmentsThere are two types of financial products when it comes to loans for personal use, and these are personal loans and credit cards. People often have doubts about these, they do not know which of...

END_OF_DOCUMENT_TOKEN_TO_BE_REPLACED 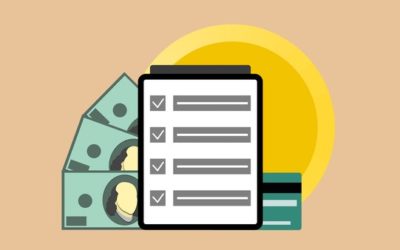 Credit: We Tell You Why It Can Make You Or Break You

Credit: It Can Make You Or Break YouToday, we're going to take a moment to help you understand the importance of credit and the opportunities that you're shutting yourself out of in the event that you don't have a good credit history. Real Estate and credit are not...

END_OF_DOCUMENT_TOKEN_TO_BE_REPLACED 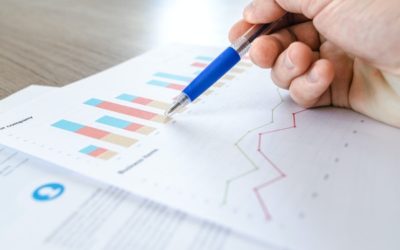 5 Ninja Tips To Increase Your Credit InstantlyYou have to work very hard to build your credit and stay on top of it because it's very important for your future as an investor and the expansion of your real estate portfolio. There are some tips that you can implement...