How McDonald’s is Making Money from Real Estate

There are some successful businesses out there that are making money from Real Estate and Mcdonald’s is one of them. Let’s analyze them and just simply see if there’s something that we can learn about those business models and incorporate them in our daily life in terms of Real Estate Investing.

Today’s article is going to be all about McDonald’s and how they’re actually successful. When you think or hear about McDonald’s, the first thing that usually comes to mind is a burger or maybe those delicious french fries, right? What if I told you that McDonald’s is more than just a fast-food chain restaurant with addictive burgers. McDonald’s is in fact, very savvy at real estate investing.

We have recommended some books about real estate in other opportunities, there was one book in particular, and that’s the book from Robert Kiyosaki. It’s called, why the rich keep getting richer.

Commodities are, for example, gold, coffee, natural gas, anything that is utility-related. That’s in terms of commodity.

Making money from Real Estate: McDonald’s and the Four Components

McDonald’s has, number one, real estate. They are a cash-flowing business. They’re also a publicly-traded stock. They have three out of the four important components that you will need for true diversification. Three out of four. Now, you might be wondering, “How does McDonald’s exactly make money?” One, they make money off of their restaurants. That’s not a secret, but the way they make money off their restaurants could be described in two ways:

Now, let’s see the numbers and how they practically operate their business so that way you can learn how to analyze the financial statements or the annual reports. Then, learn about things that they’re doing to see if you can actually incorporate those into your investing portfolio.

McDonald’s runs their restaurants in two ways. One, when they decide to self-operate their own restaurants, and that has brought them a revenue of $10 billion for 2018. For those who are actually, ran as a franchise restaurant, that led them to earn a revenue of $11 billion. Total revenue for 2018, it’s $21 billion. Their annual revenue has been slowly decreasing but that’s not the purpose as to why we’re checking their financial statements and looking at their numbers.

Everything you do in real estate investing and even in business is all relationship-based. The best way to mitigate any risk or you losing your real estate portfolio is to stay atop on the market. See how the market is transforming, and decide whether this is the best time to go with a certain real estate strategy or whether to buy or whether to just simply get out of it.

Now, you might be wondering, “What does that have to do with me? How do I draw the connection?” One, there’s been a trend in the market for people who has been wanting to eat healthier, which has led to McDonald’s actually wanting to adapt to changes, made changes to their menu, and one of the reasons why they actually decided to stay in business with the food chain restaurant and still self-operating the businesses, it’s mainly because they wanted to do market research. That’s one way for them to collect information, and collect data.

At the same time, that will help them actually improve their models from the franchisees to one guarantee, their customer success. That way, they will know and continue to adapt to what the market is looking for.

It’s very similar to someone who decides to go into real estate as a real estate flipper because now you have to hire contractors, you have to make sure you apply for building permits, otherwise, you’ll get fined. You will have to go to Home Depot or whatever distributor you have a relationship built with so that way you can have access to building materials and everything that engages in the whole house flipping business. Then, if you look at the revenue from franchise restaurants, think of it as buying and hold. The way McDonald’s make money from their franchise restaurants is that every month they charge a specific amount for rent and at the same time, they charge a percentage of the sales that are originated by the franchise. That’s how they actually make their money.

They are originating more of their revenue through their franchise business but this is somewhat considered passive, so to speak. The model has been shifting, but at the same time, you can tell or at least you have to consider, for lack of better words, that even though McDonald’s is making money from Real Estate and selling burgers, even making billions, there’s a likelihood that there’s less of income because of the fact that they are running this business in a very active way and therefore they have to incorporate expenses.

As you see the breakdown on their reports, after all operating income, after all taxes from $21 billion in revenue that they managed to create, what they wind up with is a $5.9 billion in net income in 2018.

What Mcdonald’s deals with

This number is creating $10 billion, but a lot of this is going to go towards operating costs. In fact, McDonald’s, wind up keeping 16% of this number in income, and they wind up keeping 82% of the revenues thanks to their franchise model. “Under McDonald’s conventional franchise agreement, the company generally owns the land and building which allows them to take advantage of depreciation or secures long-term lease for the restaurant location and the franchisee pays for the equipment.” They don’t have to worry about maintaining equipment, signs, seating and decor because the franchisee is someone that is going to have to pay for it. They don’t have to deal with that.

It’s more of a passive business model. It’s very closely related to the model of buying and hold. “The company believes that ownership of real estate combined with the co-investment by franchisees enables us to believe rational performance levels are amongst the highest in the country. Franchisees are also responsible for reinvesting capital in their business over time. In addition, to accelerate implementation of certain initiatives, the company frequently co-invests with franchisees to fund improvements.” Think about it as capital improvements that you will make to your properties, to like when you renovate and you increase the equity of your property.

This is an excellent business model. “These investments, developed by collaboration by franchisees are designed to cater to consumer preferences, improve local business performance, and increase the value of our brand through the development of modernized, more attractive, and higher revenue-generating restaurants. Under McDonald’s developmental licensing or affiliate arrangement, licensees provide capital for the entire business, including the real estate interest and the company generally has no capital invested.”

This business model is when they actually license the privilege to the brand so that foreign affiliates can actually use the McDonald’s brand. Primarily China and Japan are the ones that use those licenses.

Also, you will learn that McDonald’s is primarily a franchise or, in fact, the goal is to move away from actively managing the restaurants and actually shift that ratio to 95/5, meaning 95% of the restaurants are going to be mainly franchise and then only 5% of those restaurants are going to be company managed and company-operated this is mainly because they want to continue to do the market research, get that engagement with the customers and see where the shift is actually heading to.

On their website you can see what the report says about the concept that this model of business has. For example:

“McDonald’s is primarily a franchisor and believes franchising is paramount to delivering great-tasting food, locally-relevant customers,”

“Directly operating McDonald’s restaurants contribute significantly to our ability to act as a credible franchisor. One of the strengths of the franchising model is that the expertise from operating company-owned restaurants allow McDonald’s to improve the operations and success of all restaurants while innovations from franchisees can be tested when viable, efficiently implemented across all relevant restaurants.”

When you’re investing in real estate, you shouldn’t look at the business itself as just passive income flowing in your way. Real estate is a relationship-based business and at the same time, you have to look at your portfolio like it is a business so that way the IRS and the banks can actually treat you as a business person in itself.

Sales derived by company-operated restaurants it’s $10 billion. Now, the franchises are $11 billion, and then you can start seeing how much of this money is costing McDonald’s. Out of the $10 billion, 8.2 of that revenue is actually going towards operating expenses.

For those restaurants that are operated as franchises, of the $11 billion, only 1.9 goes towards expenses. Then you have the other administrative expenses, $2.2 billion, and other operating income expenses for a total of $12 billion. This is what they pay in terms of interest and then taxes. The number in taxes is actually relatively low compared to the expense number. Why? Because McDonald’s is in the business making money from Real Estate. They’re not entirely in the business of selling burgers, flipping burgers, even though their burgers are delicious and addictive.

McDonald’s takes advantage of all the deductions that they can get, whether it’s derived from their company operating expenses, it could be derived from depreciation and all advantages that the US Tax Court can actually give you.

How McDonald’s is making money from Real Estate: Review

You might probably be thinking, “Then, they should do everything just in terms of franchisees,”. The reason why they want to continue to take advantage of their self-operating model is because It allows them to do market research. That way they know exactly what is it that the consumers are looking for and that way they ensure not just success for themselves, but also for their franchisees and at the same time, it would allow them to take advantage of the United State Tax Court because when you’re running an active business as well as a passive business, you get the opportunity to deduct your expenses.

In this case, if you’re running something that is active, you get to deduct your personnel expenses, you get to deduct the operating costs from running all of those restaurants but then even on the franchise model, you get to take advantage of other items such as the depreciation on the property, real estate related, which you can translate to either 27.5 years, if you have something that’s residential. In the case of McDonald’s, it will be 39 years or you can also have the choice to depreciate the use of the equipment that it’s used in that restaurant to make the delicious burgers and coffees and anything that you want to stop by McDonald’s for. So this is how Mcdonald’s is making money from Real Estate. 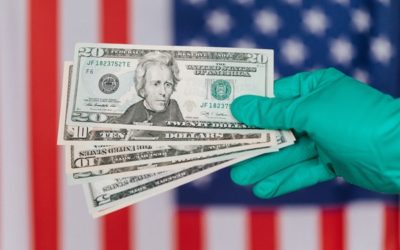 The Coronavirus Pandemic And Its Impact On Your Investment

We decided it’s time to talk about the epidemic of the Coronavirus. It’s all over the place and it’s important to help everyone to understand the impact of it. When people tend to hear about the Coronavirus most of us tend to think this is just...

END_OF_DOCUMENT_TOKEN_TO_BE_REPLACED 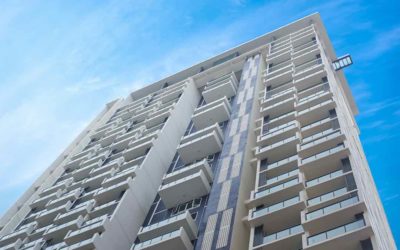 How To Exponentially Grow Your Real Estate Portfolio Without Money Down

Today we’re going to talk about how you can exponentially grow your real estate portfolio using notes. For those who have never heard about notes before, I’m going to go ahead and walk you through the definition, but rather than give you a definition itself, I’m going...