Home Buying: How To Protect Your Real Estate Investment Against Scammers

Today’s topic came about from a friend who unfortunately got scammed in one of her real estate deals (home buying). I wanted to take a moment to create a post so you guys, all of you, can protect yourself because these scammers are getting smarter and smarter every day.

What happened to her is that she was making a long-distance investment in another state, and she found a listing online. I’m not sure if it was in Trulia or Zillow, but she engaged in conversations with “this investor,” and they had their interactions. Whatever conversation they had, she eventually found that it was a deal that was worth it of investment, and the next thing she wired the money to the scammer, and all of a sudden, this person just disappeared whatsoever. Later, she found out that, unfortunately, the person she was talking to was not even the owner even though he or she claimed to be the property owner.

This situation also happened to me a couple of months back when I had a rental available in the market and my property manager posted the listing. Two, three days later, someone else has posted a similar listing asking for a lot less rent, and he caught that scammer. He did the proper due diligence, he announced it through the authorities, and that person eventually just gave up and just moved on. Today, what I wanted to do was take a minute to walk you through the proper due diligence you can do to protect yourself and not fall for any scam.

For example, if you let’s say, you’re performing a property search online on pages like Zillow or Trulia or even Craigslist. You find a deal that is worthy of investment, you can talk to the person who has the listing in place, but you can also go on the backend and do a search, let’s say, for example, in Google Maps and check out whether that property exists or not. It’s not the vacant lot just sitting there with no property whatsoever. I know Google is pretty good with updating the maps. Sometimes they may lag a year or two behind, depending on how much traffic a specific area gets. Still, for the most part, Google Maps is pretty active, and they keep everything up to date just so that everyone can get the latest information as possible. That’s one.

Then second, when you speak to this person, whether it’s a house for sale by the owner, he sells the property itself just like it happened with my girlfriend or through a real estate agent. The next thing you do is find a title agency that will do the work for you. Those who don’t know what a title agency is are the middlemen who handle all the artman paperwork. They also handle all the legality required to deal with real estate investments. You can do this on your own. You can go online and search if they’re prior lines and the property and stuff like that, but I think that the work that the title agencies do is well worth it.

They only charge a couple of hundreds of dollars. They also ensure their work, not only they’re going to do the dirty work for you. They’re going to get on the phone for hours, and they’re going to go online, do the property search to make sure that that title is clear for sale and that two, it also belongs to the owner that it’s supposed to belong to. They also ensure the title of the work. The insurance only costs an extra $25 or something like that, depending on the state you’re in. It’s well worth the investment because I would rather spend a couple of hundred dollars than losing $5,000, which was the amount that my friend lost.

This is not to say that she was not doing any proper due diligence. She just had a lot going on. She was trying to invest, and she was managing her business. It can happen to anybody. It didn’t occur to me because I had a property manager staying on top of it but had not had a property manager at the time. This person probably could have scammed many people with my rental, claiming that it was his or her rental at the time. That’s one step.

If you want to take it a bit further, you want to make sure that that property is, in fact, worthy of the investment and that it technically belongs to the person that they claim it belongs to. You can ask for financials. No rental company, no real estate investor will have a real estate portfolio and not have any financials in place. Why? Because one, you will need that for your taxes. Every year you’re going to have to submit your profit and loss, how much money you make, how much you spend, and to see whether there are any areas where you can cut down on the expenses.

Two, no scammer, whatsoever, will dedicate the time or allocate any of their time to create a financial statement because you’re already making it too complicated for them. These are people who prey on those who are not on the lookout. They prey on those who are uneducated on the subject or prey on those who are easily distracted, you have too much going on, and then voila, they catch you, and that’s how they get the money out. 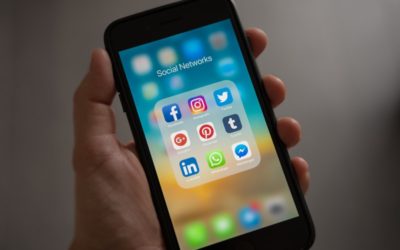 How Social Media Can Hurt Your Investments

This time, we’re going to talk about social media. Why is it important? Because nowadays, we live in a digital world, and it’s very important to understand the impacts and the implications that you might be getting into if you don’t manage your social media...

END_OF_DOCUMENT_TOKEN_TO_BE_REPLACED 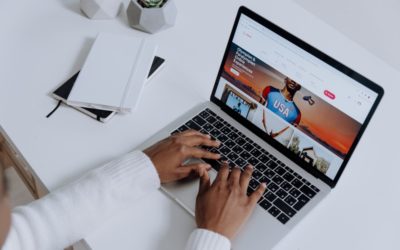 Profitable Tricks To Rent And Grow Your Properties On AirBnB

Sometimes you get a better bang for your buck if you invest overseas but you’re not quite sure as to what to do. How do you build that team? How can you trust somebody from overseas that you’ve never seen before? One thing is to invest in another state...

END_OF_DOCUMENT_TOKEN_TO_BE_REPLACED

5 Type Of Pests That Can Destroy Your Property

Today, we have a rather unusual topic because nobody talks about pests openly. As uncomfortable as it may seem, this is one of those topics that we have to cover anyways. That’s why we are going to tell you exactly what to do in the event that something like...