How To Succeed In Real Estate Investing – Key Elements

If you have asked yourself how you can succeed in Real Estate and anything you propose in life, how to build your skill set and how to make things happen in real estate, we are going to talk about the tools you need to achieve your goals.

You can have all the necessary tools, you can learn a lot about the techniques, about asset protection, about funding, but there’s a big component, which is succeeding in life or not.

We are going to bring up a book from Trevor Noah. For those who don’t know who Trevor Noah is, he’s a comedian. He has a show at Comedy Central. He came out with a book a couple of years ago. There is an example that he talked about in the book that is really interesting. He was talking about this one time that he went back to his village with his mom, visited his grandma, and his surroundings were in extreme poverty.

Inspiration – Part of the Key to Success

Trevor Noah was talking about a group of villagers and how they basically had nothing to do. They were just hanging out on the street, doing nothing, waiting for just something to happen in their life, but they wouldn’t really take the necessary time to go and pursue something. There was this one kid who managed to find a job at a very fancy mall in town.

Every time this kid would wake up and he would dress the part because it was a requirement for you to dress the part in order to work in that mall, and every time he stepped out of the house, his other friends or his surroundings would pick on him, “Oh, look at this guy, he thinks he’s better. He thinks he’s better than us. What, do you think now you are a millionaire just because you found a job in this fancy mall?” In essence, a bunch of naysayers. This person was trying to get ahead in life, and he was trying to maintain a job that was basically going to help him bring money to feed his family, but ultimately, he wound up losing that job.

What happened? The kid said, “Oh, they just caught me stealing something, and therefore, I got fired,” but what Trevor thinks happened in reality was that that kid ended up sabotaging his own job. There was no reason for him to steal anything from the store. He was doing perfectly fine. He was making money based on commission, but what happened is he wanted to belong.

Then, every time he would step out to get on a bus and go to work, during his trajectory, every time he was trying to get to the bus, his friends would pick on him and say, “Oh, you’re nothing like us, you think you’re better,”. Then, when he returns from work, he will have to deal with this over and over again, so there was no sense of belonging for this one person.

What this kid failed to see is that these were not the only friends he could have. At the nice and fancy mall right here, he could have made new friends. What happens when you make new friends? They think like you, they want to get on the journey so you can achieve the same things that you want. It doesn’t mean you’re better, it doesn’t mean you’re leaving these people behind, you just simply evolve.

Move on to succeed in Real Estate Investing:

You are evolving into another survival mode, you are evolving so you can achieve that goal that you want. It doesn’t mean you’re going to forget about them, you eventually will wind up coming back, but you’re trying to get to a new journey, and unfortunately, some people cannot be a part of that journey with you, you have to leave them there, and you have to move on.

That is the sad story that happens to most of us because we simply are surrounded sometimes by people that don’t understand that we’re trying to achieve something in life.

That doesn’t make them bad people. Maybe they are concerned about you, maybe they don’t understand exactly what you’re doing, so instead, you have to change your own environment, you are responsible for changing it.

Demonstrate what you can do

You have no control over their thought process, all you have to do is just to simply demonstrate what you can do, but not to them, you need to demonstrate it to yourself.

To avoid or to prevent that energy from impacting you like it did to the person from the book, what you’re going to do is:

You are trying to succeed in real estate. You have your family, you have your friends, and whoever is part of your surroundings. All they keep saying is, “No, no, and no.” Or maybe your family is saying yes but everyone else is saying no. But there is a naysayer in the equation. Rather than continue to feed your energy into this and try to teach them or educate them about something.

Rather than shifting that energy, what you’re going to do is to shift your energy and hang out with people that think more like you. If you want to do this, let’s say, in person-to-person, closer to you, there are other things called local REIAs, you can go into local REIAs.

When you refocus your energy into the local REIA people, then you’re meeting multiple people and they all have the similar mindset that you have. They want to grow, they’re trying to educate themselves in real estate, they know about some tips, they know something about funding that you don’t know, and you know something about real estate education that the other people don’t know.

Real estate is a relationship-based business and it has to benefit everyone. It is a win-win for everybody. You are going to expand your network. Rather than just confining yourself into a smaller group of people, now you know them but now you expand it, your team of people, your group of people who can eventually be part of your team. That it’s how you actually succeed in life: You build those relationships, people that are going to help you do connections.

How to succeed in Real Estate Investing: Good energy all over you

You have to surround yourself with good energy. That’s how everybody succeeds in life, and not just that, it’s very difficult to be a one single person fighting against the masses but if you surround yourself with people who are seeking the same thing, seeking the same goals, now you are part of the mass but you’re part of the positive mass. Once you are successful, once you have managed to bring your property back, then you’re showing them by action.

You managed to make it happen. This is how you do it, don’t fight against the people who didn’t believe in you at the beginning. Changing yourself, evolving yourself doesn’t mean you’re leaving people behind. Achieving your goals doesn’t mean that you have forgotten about them or that you’re better than them, you are just simply living your new reality. 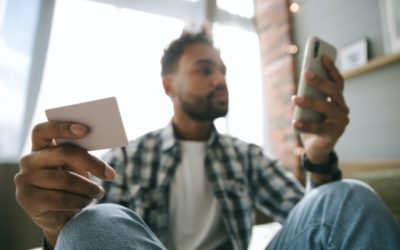