No one wants to worry about renting out a property and having to pay for a mortgage, especially if you’re not producing enough income with everything that’s going on with the pandemic.

Today, we’re going to cover a dilemma: The fear that all of us have when it comes to starting our real estate investing and having a property sitting in the market for a long time. How can you sell it or rent it out in the fastest way possible? Let’s do the proper analysis that’s going to help you determine how to do it the right way.

We need to make a distinction between the States from the North and the South because of climate. If you are in the Northern States, we’re talking about a state like Massachusetts, and New York, Illinois, Alaska, you’re going to have to deal with the cold. The winter actually plays a big role in this whole analysis or into the equation as to what’s the best time of the year to invest.

The South on the other hand, even though they can have all four seasons, depending on the state that you are in, for the most part, it feels pretty warm. It’s not the same to have 50 degree weather versus a 20 degree weather, sometimes even in the single digits. That’s definitely something that you want to take into account. Amongst the list of Southern States, we have Florida, Texas, Arizona.

The first thing that we’re going to take into consideration in this analysis is the properties that you get to flip, properties that are up in the market and ready to sell. Just the sales market, and we’re talking about flippers in this case.

We’re going to base our study based on the time of the delivery. Meaning, when the property it’s up and running and is ready to be sold, for a family to just simply put their case into the door and just move in to the property.

Northern States: What’s the best time to have a property rarely available to put it on the market and list it, so that way, a new home can come in and just call your property home? The best time of the year in the Northern States is between April and September.

Why April and September? April, because of the tax season. Between January and March, all the way up to April 15th, you submit your taxes and the expectation is that you will get some money back. Most families use that money back as additional capital towards the closing costs, sometimes even the down payment, or just additional monthly payments that you need to have in your account.

After tax season, then the summer comes up. If you are a family with no children, that’s typically something you don’t worry too much about, but if you do have children, typically, what do you do? You want to wait for your children to end the school year. You don’t want to pull your child out of the school in the middle of the year, and then just have them adopt into a new school in the middle of class season.

You definitely want to make sure to wait until they’re done with their school year, and that’s usually around the summer. Once the kids are out of their school year, that’s when the parents have more flexibility to move around and then go into another place to call home. That’s with the Northern States.

When does this slowdown typically happen in the Northern State? That’s typically around the winter months. Starting somewhere around October, all the way until March. Why October? Because between the months of October and December, that’s when you get the major holiday. You get Halloween, you get Thanksgiving, you get Christmas, you get New Year.

People’s mindset is usually not in buying a new home these months. They are keeping busy in getting custom candies for the children, getting the Turkey for Thanksgiving, getting the gifts for Christmas, so everybody has their mind elsewhere.

Between January and March, it’s very cold out there. Nobody wants to be out there in the cold moving furniture, risking yourself with a cold or a fall. Then by the time you go into the new place, it could be warm. Or, maybe you just don’t want to damage your furniture. Maybe halfway through the move, you could possibly get a snowstorm or a surprise rain out of the blue. That’s definitely something you don’t want to deal with.

Now, in the South States things remain pretty constant. There’s a constant demand for properties that you want to sell in the market. However, you see peaks rise. The peaks you will see exactly in the months of April and September, and you will also see a decrease in the months of winter and March. There’s a demand all year long, but typically, it tends to slow down a little bit more around that time.

Invest in a property:  Buy and Hold

Let’s talk about buy and hold. For those who have rental portfolios that are long term, any rental contract that exceeds one year or at least one year. This is the type of investment that most of us are familiar with. What’s the best time to put a property into the market to be rented out, long term? In terms of renting, that is not that much different from sales.

When you’re having a long-term contract, the dynamic is pretty similar to when you’re having a property rarely available in the market for sale. You will always see the spikes between April and September for the same reasons. Tax season and then summer, the end of the school year for those families who have children, and you will typically see a slowdown in the months of the winter ones.

In terms of the Southern States, it’s pretty similar to what you see with the sales market. You will see a constant move of families because at this point, the weather tends to not be an issue, but you will always see a spike in the months of April through September, and also in the winter months.

Anything that has to do with Airbnb, HomeAway, anything that it’s less than a month it’s a short-term rental. The dynamic is actually pretty similar in both Northern and Southern States. Why? Because the demand for short-term rentals are not going to depend on the summer months or the winter months.

They’re mainly going to depend on weekends. As you know, we have weekends all year long. We have holidays and of course, summer vacations. You will notice that this is pretty much across the board, for both types of states.

People want to rent an Airbnb for a nice weekend, whether it’s a short weekend, Saturday and Sunday, or a nice long holiday weekend so that people can simply just move away from the routine and enjoy a nice little break from their usual day-to-day activities.

Holidays are a big thing, regardless of the time of the year. You will see people from the South looking to go towards the Northern States because maybe they want to go skiing, maybe they want to see snow, and they want to take a trip for the entire month of December with their entire family, so there’s always the demand up North.

At the same time, there’s always demand down South because people like going to the beach. Maybe people who are living up in the North are tired of the cold and they just want to see a little bit of sunshine.

Then at the same time, you will also see seniors migrating all the way from the Northern States to the South States. Dealing with the winter, that’s definitely something that most senior families don’t want to deal with. You’re going to see a major migration of people who basically just move back and forth. In the summer months, they don’t mind staying up North, but then in the winter months, they prefer to be in a much warmer climate.

In terms of short-term rentals, you don’t really have to worry so much about the seasonalities between the cold, summer, it’s more about where the demand is and it’s more of an active portfolio.

Invest in a property: Some questions to consider

If you have a property, then first try to understand where exactly you are located and find the answers to these questions:

If you want to do an Airbnb, then now you know, seasonalities usually don’t matter as long as you market your property the right way for the right holidays and the right span of time.

If you’re looking to expand your learning and you want to invest in real estate the right way, here’s the link to our free webinar that you can sign up and just participate in.

Best Areas To Invest In Real Estate (Step By Step)

In this video, you will learn about my methodology to select the best places to invest in real estate and where to go to get funding. I’m going to show you the tools I use to figure out where to go to find out the best properties, the best areas and even where to get...

END_OF_DOCUMENT_TOKEN_TO_BE_REPLACED 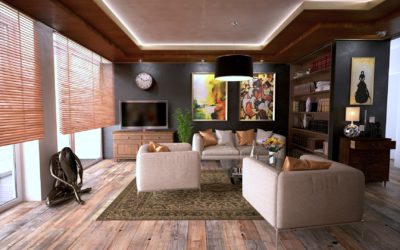 The real estate market is one of the most popular when it comes to investing. It is a highly profitable business that is constantly evolving, and that year after year provides greater financial benefits for those who decide to put their money into it. Of course, going...

END_OF_DOCUMENT_TOKEN_TO_BE_REPLACED 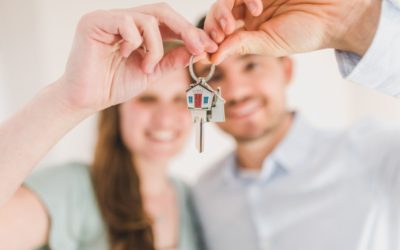 Why You Should Buy A House Right Now And Not Wait

Today we are going to discover what’s happening with the housing market and why you should buy a house or invest in real estate right now and not wait until tomorrow or another year because you may think that the housing prices may fall soon. ...