5 Type Of Pests That Can Destroy Your Property

Today, we have a rather unusual topic because nobody talks about pests openly. As uncomfortable as it may seem, this is one of those topics that we have to cover anyways. That’s why we are going to tell you exactly what to do in the event that something like that happens to you or your property.

When you buy a house you always do it thinking in the best way. Always positive, and this is perfect, but sometimes you have to be realistic and be prepared for any inconvenience that may arise. There are certain things that can destroy your properties and you haven’t even thought about it, including pests.

As uncomfortable and unpleasant as this is, you have to be informed to know what to expect and what to do about it, in case one of these pests affect the development of your real estate portfolio.

Although they’re cute and helpful to the environment, they can be very disturbing and dangerous. They take pollen from one area to another, and they help build the ecosystem, and we have fresh thanks to them. Bees are great but when they’re in their natural habitat, not when their habitat is in your home.

Imagine that you have a property, and you have a tenant living there. There’s a beehive in the backyard and it’s growing bigger, bigger, and bigger. It is extremely dangerous because a child can be attacked by the beehive.

You definitely don’t want that to happen to you. For people who are Airbnb investors, they could get a bad review from one of the guests just because there was a beehive in the backyard. Believe it or not, the problem doesn’t really end there. The problem is that bees love to be within communities, they love to be together, they love to build their hives together. One way or the other, they always manage to come back.

We all know that they carry diseases with them and they can spread out all over. It could also affect not only our physical health, but also our mental health.

What does it have to do really with real estate? Imagine you have a multifamily property and all of a sudden one of your tenants, it’s loaded with roaches, what do you think is going to happen? Roaches can travel and the tiniest space as possible. They could eventually get next door or next door, and when you least expect it, it’s all over the building or all over the place.

The infestation, it’s one component of the problem. Imagine people not wanting to renew your leases because your property became a dirty place and people don’t want to live there. Sanitation can show up in your house or your property and fine you for it.

If you have an Airbnb, it will automatically mean a bad review in your profile, and next thing you know, nobody is wanting to rent from you.

Rats are one of the worst pests that can invade your property, make sure to eliminate them in time

Very similarly to roaches, they carry disease, they can create not only health problems, but also create some type of mental stress on you because nobody, at the end of the day, wants to live in a place where there are rodents.

They are named bedbugs because of us and because of the beds. What happens is that everyone, every human being out there, anytime you breathe in, what you push out of your body, it’s carbon dioxide, and that becomes a trigger for bedbugs. They have this natural instinct to easily pick up on anything that’s pushing carbon dioxide out because that makes them believe that you are going to be their next host.

Once you lay on your bed, you fall asleep, you pass out, and you don’t wake up until the next day seven or eight hours later. Next thing you know, your body has been covered all over with red dots, linear red dots of bedbugs.

There are a few things that you can do to prevent things from either happening or from getting worse:

If you use those natural repellents, you might make them go away for a while. For those who live in warmer climates this also works for mosquitoes.

5. The fifth pest, and the most dangerous one by far are the termites.

For those who have never heard of termites, they are like ants. They could eat cabinets, furniture and even the structure of your home.

The process could have been 10 years in, 20 years in, 50 years in and you might not be completely aware of what’s going on. You’re responsible for the lives of other people, you could get sued by the family members, probably even get sued by the city, or get sued by the neighbors because could be causing disturbances and their concern.

What to do in case of having pests There are companies that can help you with this, and you can simply contact them online

First, what you can do is to enter this website. As you scroll down, you will find a guide. You will see a list of rodents, insects, and bugs so you can identify what type of problem that you’re facing.

If you want to learn more about termites, all you have to do is just click on that name. There are videos about termites so you can learn how to identify them, how to control and exterminate them, and the different types of termites that you may possibly encounter.

Go to the professionals, have them help you out to do things the right way so that way you don’t have to worry about termites or any other type of pest coming back to your property. Now in the event that you want to do a search, the best way you can go about it is by simply using a Google search. Type pest control services and Google will do its job identifying your location.

Some of these sites tend to have an informational site where you can actually learn a little bit about them and what you can do, and some of these videos to help you better understand what the services they provide. 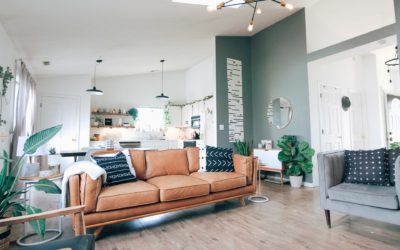 How To Easily Increase The Value Of Your Properties

How To Easily Increase The Value Of Your PropertiesAt some point, you could be in the middle of renovations and you want to know what's the best way to go about those cosmetic fixes in a way that it looks nice and modern but it doesn't have to cost so much money and...

END_OF_DOCUMENT_TOKEN_TO_BE_REPLACED 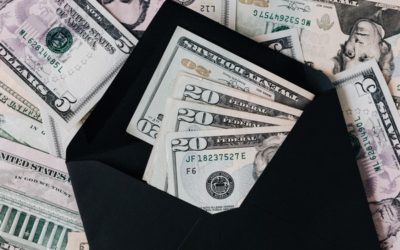 Expenses To Consider When Buying Properties

Expenses To Consider When Buying PropertiesToday we're going to talk about the expenses that you need to consider before you start an investment property. We could divide the expenses in three different categories: We have the financial expenses, the operating...

END_OF_DOCUMENT_TOKEN_TO_BE_REPLACED 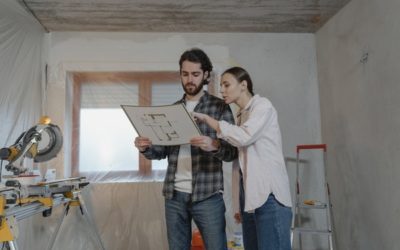 5 Things Every Real Estate Investor Needs To KnowSome say that in order to be a successful business owner or a real estate investor, you have to be a generalist. In other words, you have to know what to do in the event that something unexpected happens. You have to...